Trap lines in Reserves and Parks

﻿We currently have 24 trap lines and over 600 traps in parks and reserves around Picton which are serviced by our wonderful volunteers, and this number is only going to increase!
Below is an overview of the location and names of our trap lines. 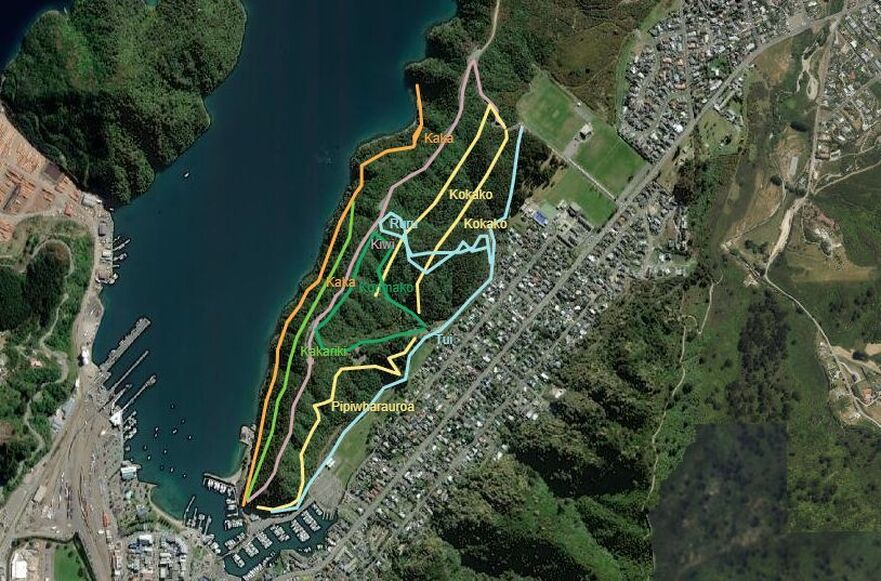 Southern end of the Victoria Domain:
Kaka - Lower Bob's Bay track plus a section up to the ridge.
Kakariki - Upper Bob's Bay track (creates a loop with the Kaka line).
Kiwi - Up to the ridge past the water tower.
Kokako - This is an off-track line (but suitable for agile volunteers) with sentinels and A24s. It starts near the beginning of the Korimako line and runs parallel with the Picton/Waikawa walking track until it reaches Joseph Sulivan drive and then returns towards Picton about 100m uphill.
Korimako (Bellbird) - Up the Scout track and down the tarmac road back to the playground.
Pipiwharauroa (Shining cuckoo) -  Following the bike track which starts near the playground and heads up towards the water tower (but doesn't reach it) and then back to Picton marina.
Ruru (Morepork) - Start at the Leicester Street entrance to the Domain. Head up the hill on the bike track, up to the ridge and back down again to the starting point.
Tara Timms - 6 Timms possum traps along the Domain road ridge (part of Tara). Often done in conjunction with Ruru.
Tui - The marina to marina track from Picton to the Pavilion. 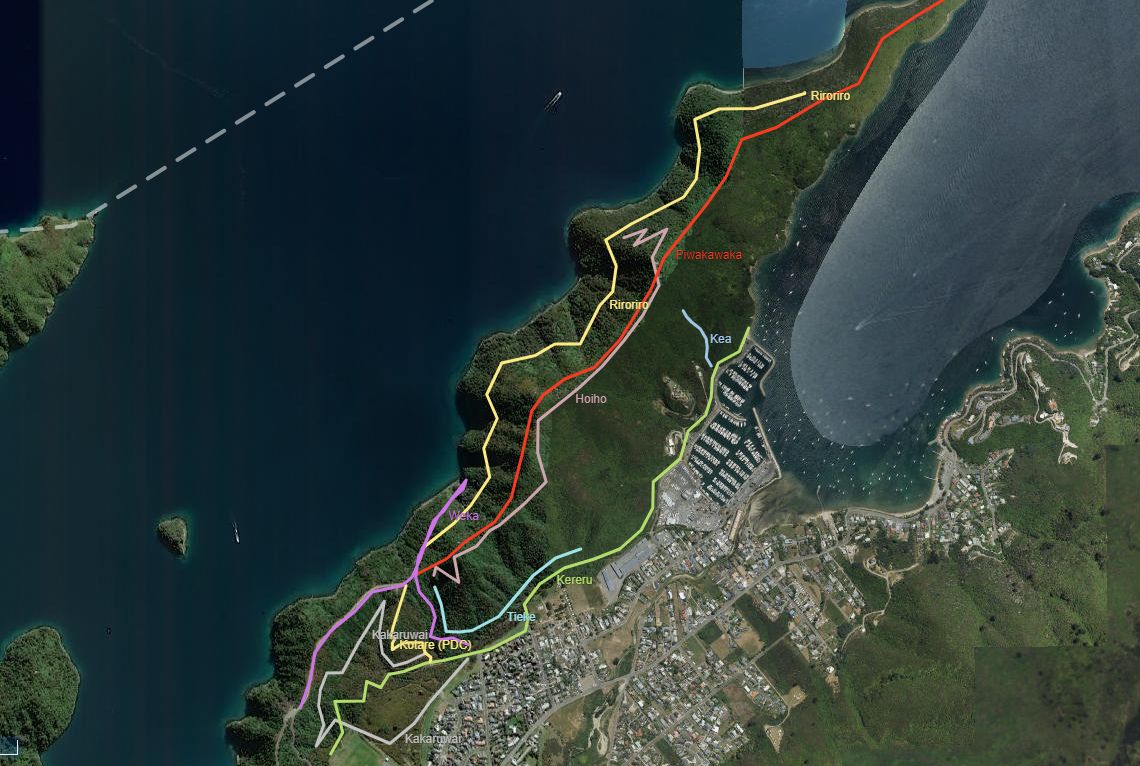 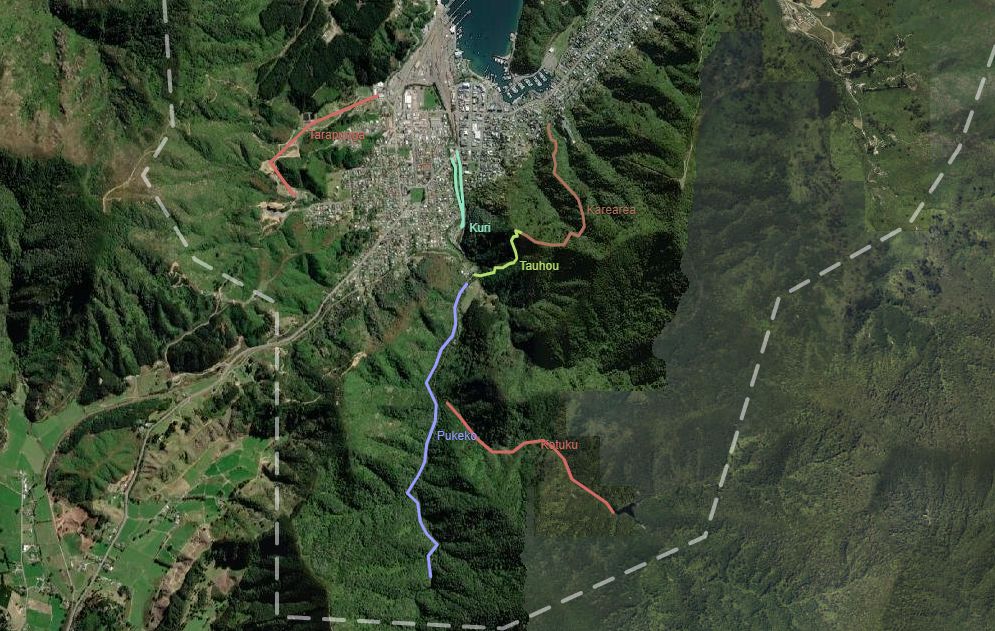 ​The Dog Park:
Kuri (Polynesian dog) - from the skate park to the Canterbury Street entrance to the dog park.

The Transfer Station:
Tarapunga (Red/Black billed gull) - Starting at the transfer station, through the clean fill and quarry area to Webster Place. It’s an industrial site on private land; owners only allow access to experienced people that they know personally. Access is only possible when the site is open for business and staff are present.

The Wedge:
Ponga - From the Link Pathway Lookout heading down the ridge towards Te mimi o kupe. A24s and sentinels and DOC200. Off-track and only for agile volunteers.
​Totara - On the downhill side of the Queen Charlotte Drive between Shakespeare Bay and the Wedge. Can be done by bike.
Rimu - The Link Pathway from the Wedge down to Shakespeare Bay (including to the lookout).